St James', formerly Old Lane Mission was built in 1904 to fulfil the need for a ‘Mission Room’ at Pinfold in Bloxwich. A Grand Bazaar was held in May 1900 and part of the funds raised from this five day extravaganza was to go towards the Mission Room!  The decision to build the Mission Room was made in August 1904. A service took place for the laying of the foundation stones, where the Bishop of Shrewsbury was in attendance. The engraved foundation stone is clearly visible to this day.

There has been worship at the church ever since it opened with some wartime disruption. The Sunday school continued after the war with a regular morning communion service, occasional evening meetings were held for Harvest or Carol services. The church has also been used by Brownie and Guides groups at various times.  In 1964 with the support of the Reverend Robert Cheadle, Sister Dorothy Petford CA began the evening and monthly Communion service and the congregation at Old Lane Mission was revived. The Sunday school also continued. 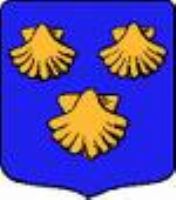 In 1991, with the support of the Reverend Stephen Rawling, the building was licensed as a District Church when the Bloxwich Team Ministry was established and it became St. James Church.  In July 2014, with numbers dwindling the church was closed and the small morning congregation dispersed around the parish.

Should we close and sell up?  Or could we recapture the original vision of Old Lane; to be specifically a mission church?  January 2015 saw an exciting moment in the history of Bloxwich Parish, with the opening of Bloxwich Youth Church, specifically for the young people of our parish, unfortunately that has had to close.  Currently (2019) the building is being used by two other churches.